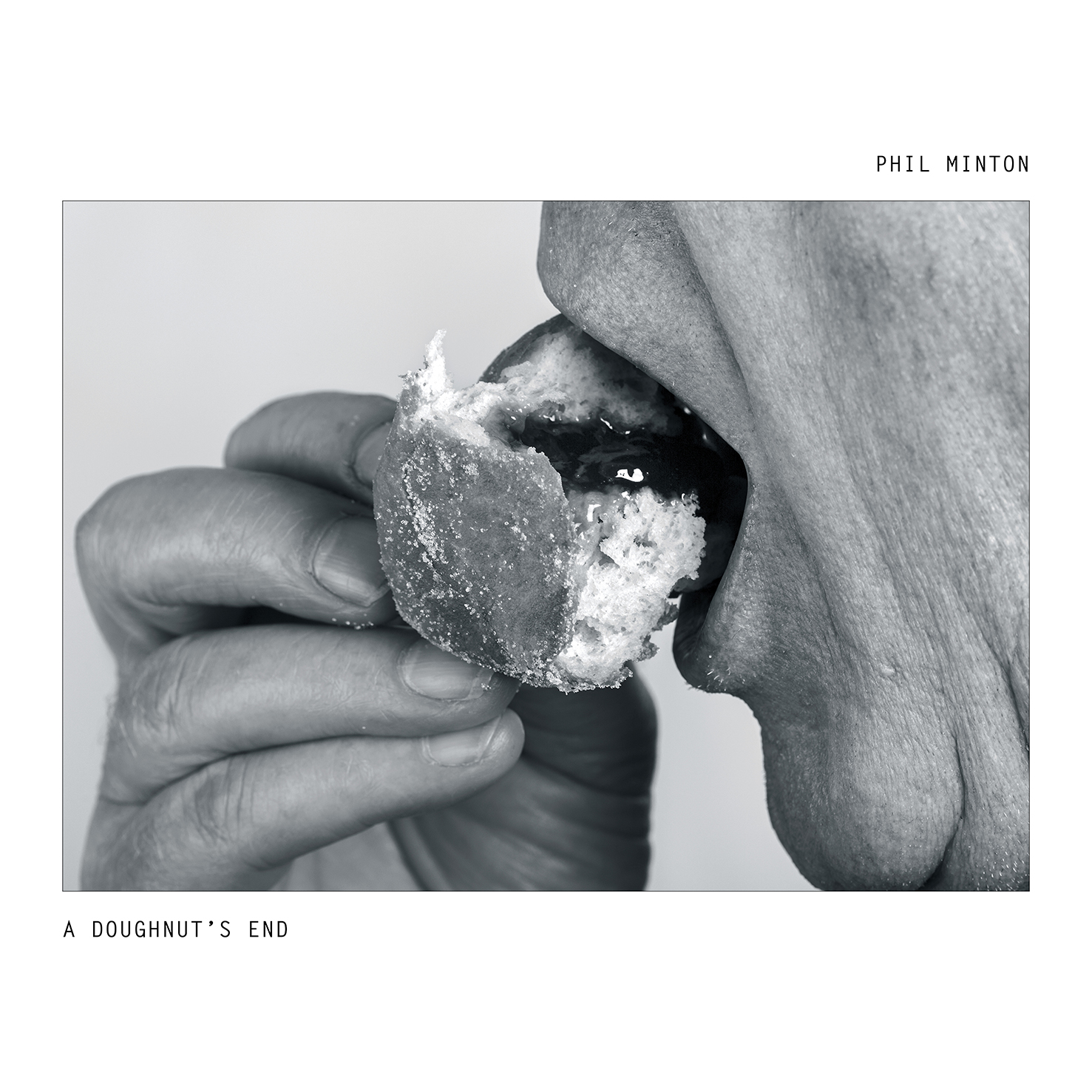 "Minton has forged an alternative lexicon, one that seemingly forgoes the constraints of tradition and language. The result is a perverse, evocative set, the kind of performance that forces a reaction and demands attention be paid to it — music that has the power to cause unrest and revulsion in the listener. . . . An air of fragility lingers throughout, a reminder that even Minton’s finely honed, idiosyncratic delivery is all too susceptible to the inevitable pitfalls of existence. . . . The primal outpouring of A Doughnut’s End is all-consuming, and without language to dirty the proceedings, it is as much a personal meditation as it is a display of pure virtuosity." - Soe Jherwood, Tiny Mix Tapes

"Many of the sounds on the album’s 15 short tracks are unpleasant, but they’re all the more powerful for it. This work is in no way deprived of wonder, and you have to marvel at the breadth of what Minton can do. “Breaking News” bleeds from high pitched warbling to multiphonic density, the throat pushed to the weirdest limits of its potential. “There’s A Reason” reprises this sonic field, almost electronic in texture, while “Set In Stone” takes these techniques and flirts with the operatic. “Grandish”, the album’s final track, works through a series of high pitched peeps that could come from an as yet unidentified beast." - Matt Krefting, The Wire

"Things flap and billow a bit more than they used to, which Minton accentuates in the formation of starker, more striking vocal shapes – unstable vibratos, phlegmy belching baritones. What if it isn’t volume and clear articulation that renders a voice audible amongst the masses, but visceral wordless eccentricity?" - Jack Chuter, ATTN Magazine

At times barely more than breathing, at others breaking into full-throated song, A Doughnut's End is a highly concentrated sequence of solo improvisations that captures the full range of Minton's vocal powers.

As he says in the accompanying notes, while there is continuity between this record and previous "doughnut" albums, this latest offering is "less optimistic than forty years ago" when he still "thought stuff would get better", an optimism diminished by the continued political dominance of "slush-spraying doughnut-scoffers".

A Doughnut's End is a stark and affecting testament to one man's ongoing exploration of the potential of the human voice.